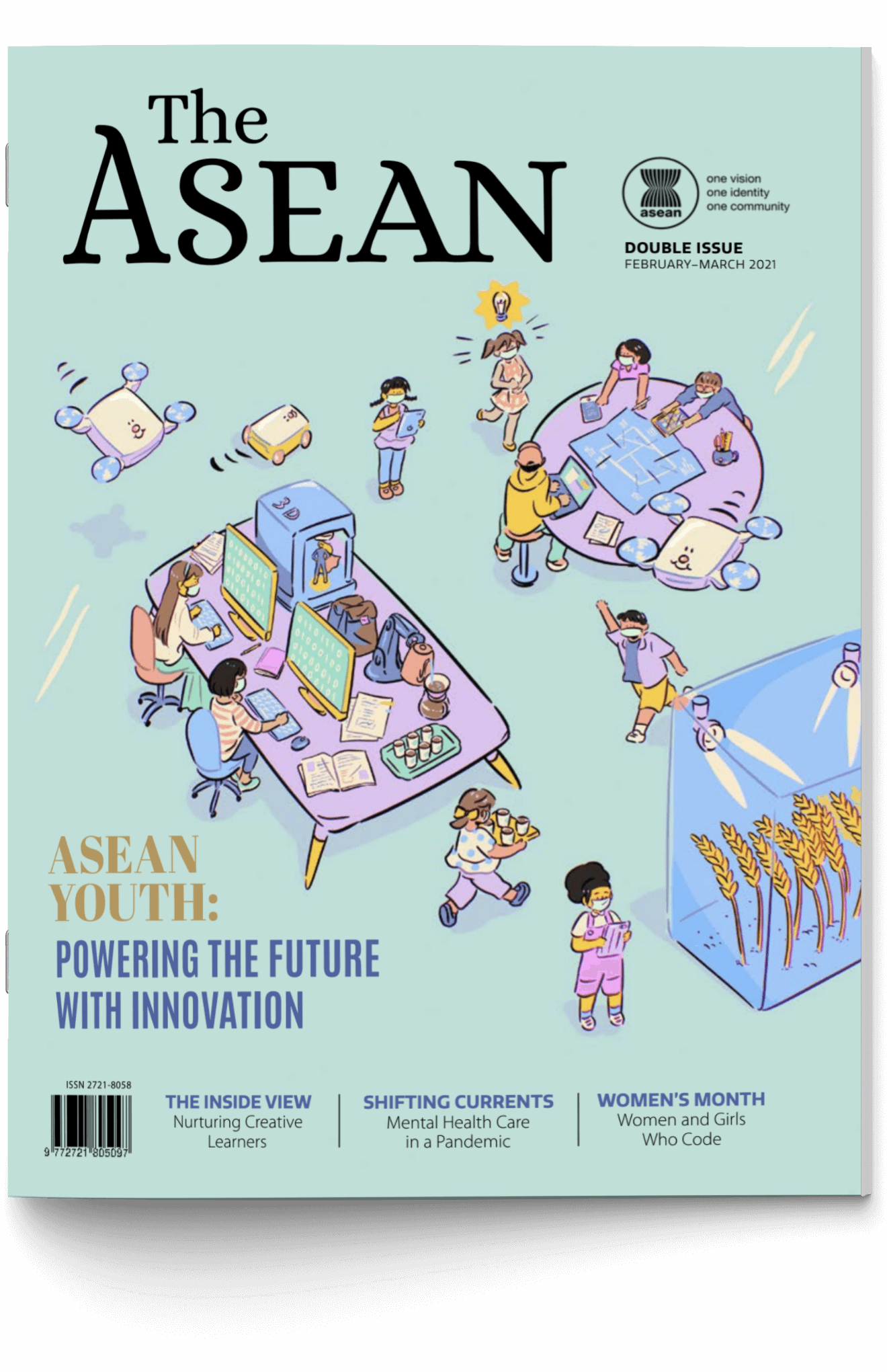 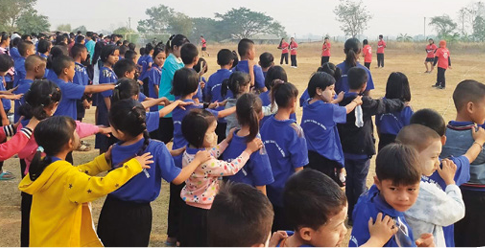 Youth
Building Fields of Dreams and Safe Places to Play

Right To Play Thailand Foundation Country Director Phunyanuch Pattanotai says it was not easy for the youth leaders to plan and implement projects in their communities. ”We are proud of all the youth who continued to utilise what they learned to create a greater change in their communities despite the challenge caused by the COVID-19,” she adds.

The ASEAN talked to three youth leaders who spearheaded sports projects in their respective communities after participating in the ASEAN S4DPL project. 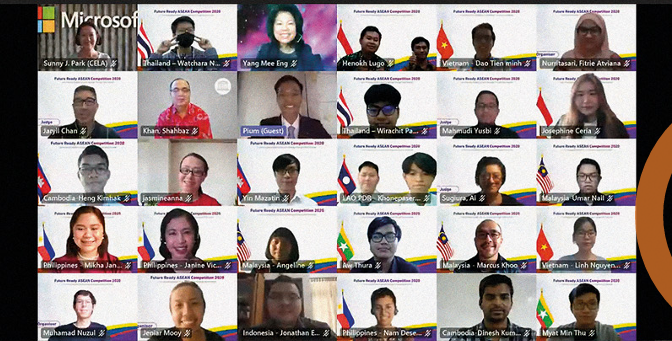 Youth
Nurturing Innovation among ASEAN Youth during a Pandemic

The COVID-19 pandemic has forcibly accelerated digitalisation in almost all aspects of human life in ways we never imagined. Physical distancing measures require a shift to digital technologies, with the amount of time we spend online surging to new heights. Nearly nine out of 10 youth in ASEAN reported increased reliance on digital tools in the past year, while almost half (42 per cent) have picked up at least one new device. 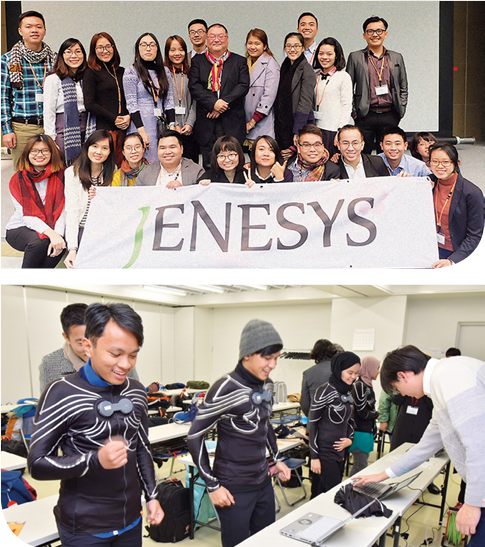 In the wake of the First World War, a group called the Confédération Internationale des Étudiants pioneered the first systematic and extensive student exchanges with the noble intention of improving international relations and laying down the foundations of peace and stability. 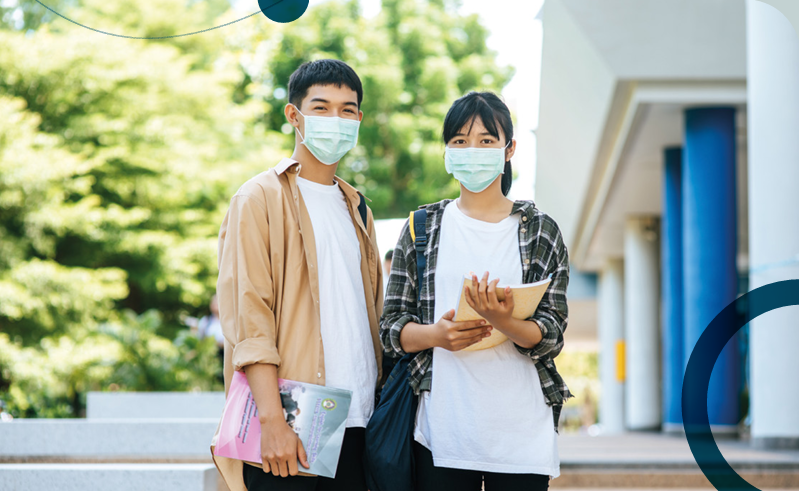 ASEAN youths are a tech-savvy demographic equipped with a growth mindset and blessed with abundant opportunities. Thus, they bear the important responsibility of making sure the regional digital economy continues to thrive. Their success may also be a key factor in the region’s recovery. But the right policies must be in place to provide them with the most up-to-date skills, reliable digital infrastructure, and enabling ecosystems if this is to be the case. 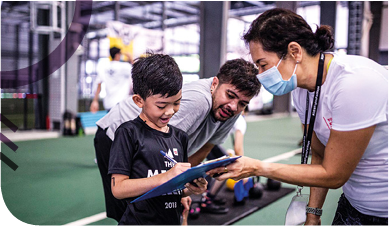 Youth
The Power of Sports and Play: The ASEAN S4DPL Project 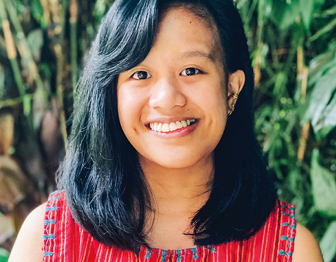 Josefa is a member of the Global Youth Biodiversity Network (GYBN) Steering Committee, representing indigenous and local youth. GYBN is the official youth constituency to the UN Convention on Biological Diversity (CBD). She was named a National Geographic Youth Explorer (Fall 2020 Cohort) and awarded a grant for youth-led activities and materials on biodiversity and indigenous people’s rights. She majored in Biology and is working on her Master’s Degree in Wildlife Science.

Josefa talks to The ASEAN about finding her voice as a woman, youth leader, and indigenous person. 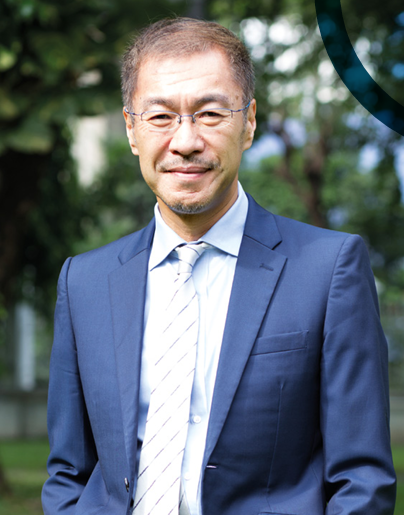 The UNESCO Regional Bureau for Education in Asia and the Pacific, and UNESCO as a whole, and the UN system worldwide, have taken comprehensive action to address the COVID-19 pandemic’s impacts on education systems while acknowledging continuing challenges in addressing learning loss, potential dropouts, and the disproportionate effect on the most vulnerable learners. 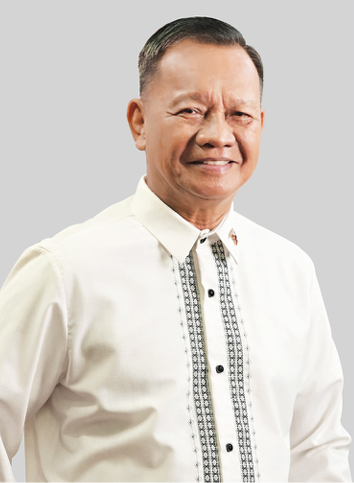 Technical and vocational education and training (TVET) is a vital cog in creating and maintaining a highly skilled workforce and cultivating lifelong learning. By establishing the ASEAN TVET Council (ATC) in 2020, ASEAN reinforces its commitment to developing the region’s human resources to meet the future of work. Director-General Isidro S. Lapeña of Technical Education and Skills Development Authority (TESDA), as inaugural Chair of the ATC, discusses ATC’s plans for expanding and raising the quality of TVET in the region. 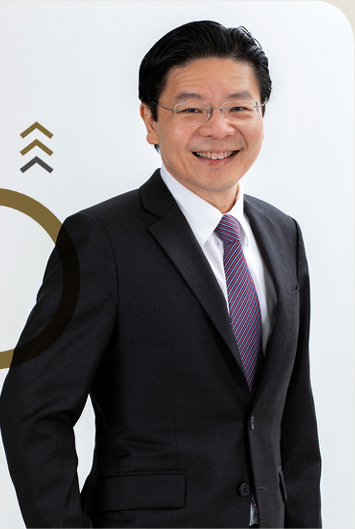 How do countries produce creative and innovative learners? With Singapore consistently on the Global Innovation Index’s list of top 10 most innovative countries since 2013, The ASEAN asked Singapore Education Minister Lawrence Wong to share the country’s strategies for creating a culture of innovation and facilitating innovative solutions to crisis such as the COVID-19 pandemic. 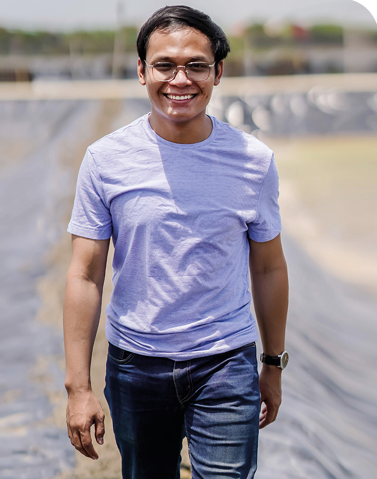 In 2013, Gibran Huzaifah introduced eFishery, a smart-feeding technology that modernised the feeding method for fish and shrimps, and in the process, transformed the lives of fish and shrimp farmers in Indonesia.

Once a fish farmer himself, Gibran says that feeding management is an essential factor in the aquaculture industry.With the help of technology, the farmers can ensure an efficient and effective feeding management.

For his innovation, Gibran, who studied biology at the Bandung Institute of Technology in Indonesia, has received numerous recognition, including the Forbes 30 Under 30 Asia 2017, Ernst & Young Entrepreneur of the Year (innovation category) 2018, and MIT Technology Review’s 2020 Innovators Under 35. 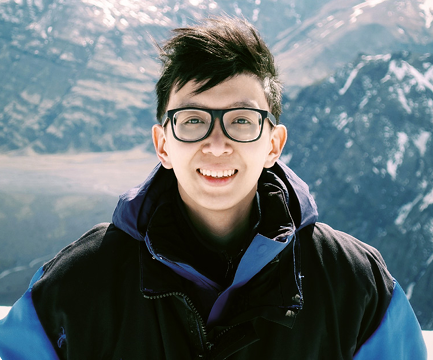 At 15 years old, he developed an electricity generating footwear that became a local winner and a regional f inalist at the 2014 Google Science Fair—a prestigious international competition for promising young scientists.

Now at 22 years old, Angelo has over a hundred science and engineering projects under his belt, ranging from water-powered calculator to portable solar powerbank. Many of these are posted as do-it-yourself tutorials on Instructables, YouTube, and TikTok, designed to inspire creativity and resourcefulness in other people.

On the verge of completing an engineering degree at the De La Salle University, Angelo dreams of contributing to the Philippines’ technological progress by forming his own research and development (R&D) company and developing cutting-edge technologies in the fields of renewable energy and transportation. 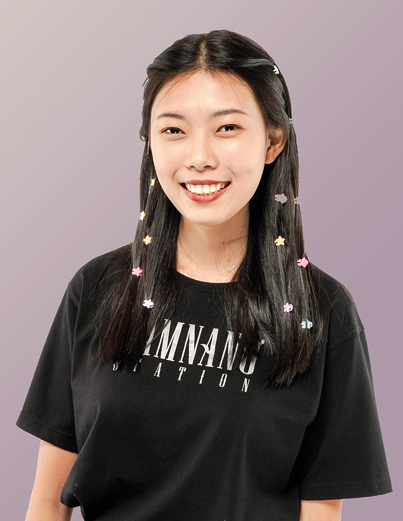 Like many teenagers who grew up with technology, Seng Rothsethamony, or Mony, finds her passion in the digital world. Mony majors in Global Affairs at the University of Phnom Penh, Cambodia but she is pursuing her interest in digital technology. Mony has participated in several coding and IT training programmes, including the ASEAN Digital Innovation Programme (ADIP), to better equip herself in the digital era. 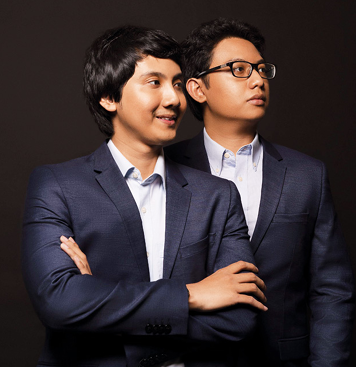 So far, Riliv has attracted more than 300,000 users and over 100,000 people have used its online counselling service. Maxi, who studied information systems at the University of Airlangga in Surabaya, Indonesia, and his brother made it to the Forbes 30 Under 30 Asia 2020 List. In 2017, Riliv was named the best sustainable start-up by a national newspaper and won in the Google Business Group Stories Search.