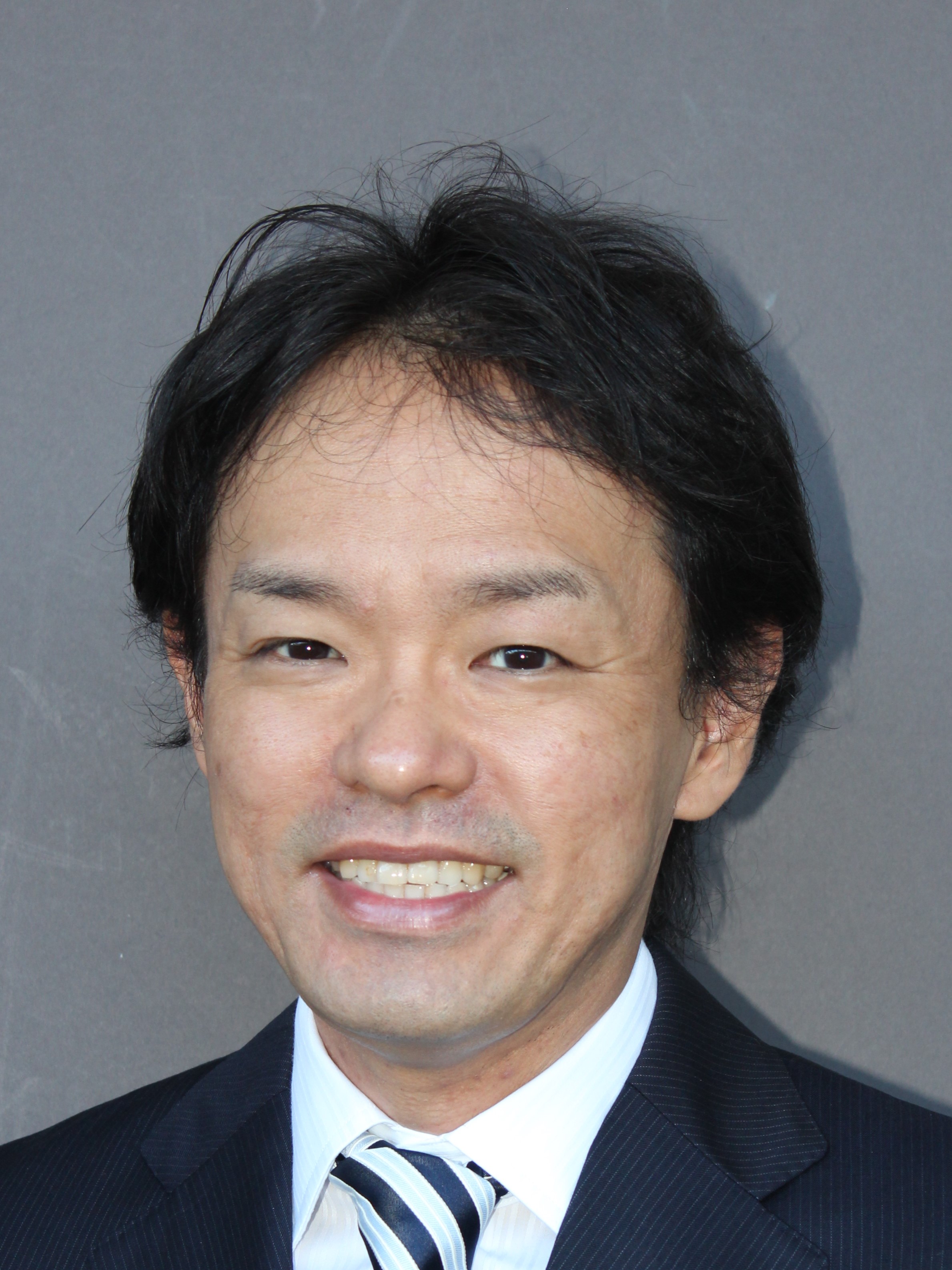 The Creative Economy Programme of the United Nations Conference on Trade and Development (UNCTAD, n.d.-a) describes the creative economy as “the knowledge-based economic activities upon which the ‘creative industries’ are based.”

According to UNCTAD (2018), “the size of the global market expanded substantially, more that doubling in size from 208 billion US dollars in 2002 to 509 billion US dollars in 2015.” The trend continues and “[i]n 2019 at the 74th session of the UN General Assembly, 2021 was declared the International Year of Creative Economy for Sustainable Development” (UNCTAD, n.d.-b).

Notably, Indonesia, one of the ASEAN countries, was the main sponsor of the proposed declaration. This corroborates the increasing importance of creative economy in the ASEAN region. As the UNCTAD programme notes, a creative economy increases the volume of trade and development and leads to improvements in people’s quality of life and the realisation of sustainable development, which includes an understanding of and respect for the value of cultural diversity. In other words, creative economy “can foster income generation, job creation and export earnings while promoting social inclusion, cultural diversity and human development” (UNCTAD, 2010, emphasis added).

This article will introduce the interaction between the Indonesian and Japanese worlds of popular music and show how it could lead to economic development and cultural dialogue and understanding among various societies.

Rainych Ran, a singer and a YouTuber from a small town in the Province of Riau, Indonesia, became an online celebrity when one of her YouTube videos suddenly went viral. According to The Japan Times:

Singer Rainych Ran began uploading her covers of J-pop and anime songs to YouTube about five years ago, and while she received some attention over the years, nothing has prepared her for the frenzy she experienced in 2020 after she tackled American singer Doja Cat’s chart-topping “Say So” in Japanese. Ran’s take became a viral hit, racking up millions of views on her YouTube channel and getting Doja Cat herself to geek out over the rendition on Instagram. (St. Michel, 2021).

The Japanese music industry quickly noticed the success. On 2 October 2020, “Say So-Japanese version-tofu beats Remix” was released by Sony Music of Japan, with Tofu beats—one of Japan’s leading track makers—as the producer and remixer, and Hina Kagei—a popular Japanese TikToker—as the performer in its music video (Sony Music, 2020a).

Rainych’s interest in Japanese popular culture goes back to her early childhood. While she is from a small town, she “had one place that would lend out manga” (St. Michel, 2021). She particularly enjoyed such manga works as Detective Conan and anime works of Studio Ghibli (Konishi, 2020). Then she serendipitously found a community of utaite—which literally means “singer” but often refers to singers who cover and sing songs from J-pop, anime and Vocaloid works, and share their renditions on various social media platforms—and began singing covers and uploading videos on YouTube (Michel, 2021). As she works together and collaborates with other more experienced utaite, her videos began to be noticed and f inally led to the surge in popularity with her “Say So” cover.

Rainych’s covers of the so-called “city pop” music reflect her global musical influences. City pop is a genre of Japanese popular music that was popular in the late 1970s and the 1980s. It combines Western and Japanese rock and folk music elements and has urban city vibes. The genre has seen a revival in popularity in the past decade, in part strengthened by video- sharing sites, such as YouTube, where people can upload their old favorite songs. This makes it discoverable by a wide range of audiences from different generations. In October 2020, Rainych covered and released “Mayonaka no Door: Stay with Me,” originally sung by Miki Matsubara in 1979 (Sony Music, 2020b). Although the resurgent popularity of the song is not solely the result of Rainych’s cover, it certainly cast a spotlight on the song and, more generally, on the genre of city pop.

I focus on the case of Rainych from Indonesia, but similar interactions between ASEAN and Japan seem to be increasing. For example, in March 2021, the Warner Music Vietnam announced that “2 phút hơn (Kaiz Remix)” became the most played Vietnamese music in Spotify (Nishizaki, 2021). The music’s popularity came after it was used to score a user-created video mixing characters from Japanese anime and Chinese game contents (Nishizaki, 2021). Partly due to the rise of social media, cultural interactions between ASEAN and other East Asian societies including Japan and China seem to be strengthening.

Several points can be highlighted from the case of Rainych Ran. First, the rapid rise in popularity of Rainych was made possible by the emergence of new Internet-based media technologies and the prevalence of the use of social media by the younger generation throughout the world. Rainych, who confessed she had never learned to sing professionally and lives in a small town in Indonesia, was able to connect to the world through the platform of YouTube. The sudden rise in popularity was also made possible by the cross- platform interaction between YouTube and Instagram, which drew the attention of the original singer, Doja Cat.

Second, the rise of new technologies has blurred the boundaries between professional producers of music and other popular cultural products, on the one hand, and the consumers/ audiences of the products, on the other. Scholars call the blurring of the distinction between artistic producers and consumers “prosumption,” a portmanteau word of production and consumption (Nakajima, 2012). Many creative works are coming out from “prosumers.” The production of cover songs on YouTube is a case in point. Like Rainych, many do-it-yourself users of the new media technologies are crossing into the sphere of production by uploading their own creative works.

Third, the globalisation of creative goods seems to be changing course in the age of the Internet and social media. In the past, globalisation was mainly unidirectional—for example, Japanese anime flows from Japan to other parts of the world like Indonesia. However, the case of Rainych defies this global flow of creative industrial products. The initial impetus for Rainych’s interest in Japanese popular culture may have come from the unidirectional f low of manga and anime works from Japan to Indonesia, but the song that made her viral was a cover of an American song sung in Japanese. The Instagram live broadcast by the American singer Doja Cat pushed up Rainych’s popularity. In other words, the mediation of American popular culture adds another global dimension to the interaction between Japanese and Indonesian creative sectors. Rainych singing Japanese city pop songs out of Indonesia has made this genre even more popular in Indonesia, Japan, and other parts of the world. In sum, the model of globalisation that has manifested in the case of Rainych is much more interactional and multidirectional— a network form of globalisation.

Fourth, when we examine international relations through the lens of culture, the concept of “soft power”—which Nye (2004) defines as “the ability to get what you want through attraction rather than coercion or payments”—often comes to the fore. Notwithstanding the utility of the concept in some cases, the case of Rainych seems to suggest the value and power of culture different from those manifested as soft power. In the case of Rainych, the cultural products were not designed to enhance the soft power of Japan or Indonesia or the United States, but seem to lead to the recognition of cultural diversity. For example, many Japanese people who watched Rainych’s videos came to be interested in knowing more about the culture she is from, including the relatively lesser-known (to the Japanese) Riau Province and Sumatra Island and the religion of Islam as Rainych wears a hijab when singing songs on YouTube. In sum, the case of Rainych points to the creative economy’s potential contribution to cultural interaction and understanding.

Fifth, it is important to remember that Rainych’s popularity surge happened in March 2020, amid the global COVID-19 crisis. In 2020, Rainych signed a deal with Sony Music and released several songs that became popular hits in Japan and beyond. The case of Rainych points to the increasing resilience of creative industries such as the music industry in the face of global crises like pandemics in part due to digital technologies. When people cannot go out and need to stay home, they tend to turn to cultural activities and products, including listening to music and watching videos and movies at home. The resilience of a society may depend on the existence of music and other creative products for enjoyment, and hence strengthening the creative economy is one of the crucial elements as we move toward sustainable development.

It is crucial, however, to note that not all types of creative economy and creative industries are conducive to digitalization and hence resilient to public health crisis such as the COVID-19 pandemic. For example, even in the case of the music industry, live performances have been disrupted and many of the theatres and music halls—especially the ones operated as small and medium-sized enterprises (SMEs) or under individual operation— have been negatively affected by the COVID-19 crisis. We need to be aware of the potential “digital divide” in creative economy and creative industries.

To conclude, a creative economy brings economic potential, as the commercial success of Rainych illustrates, and at the same time, provides sociocultural benefits, that is, recognition and understanding of various cultures in the world.