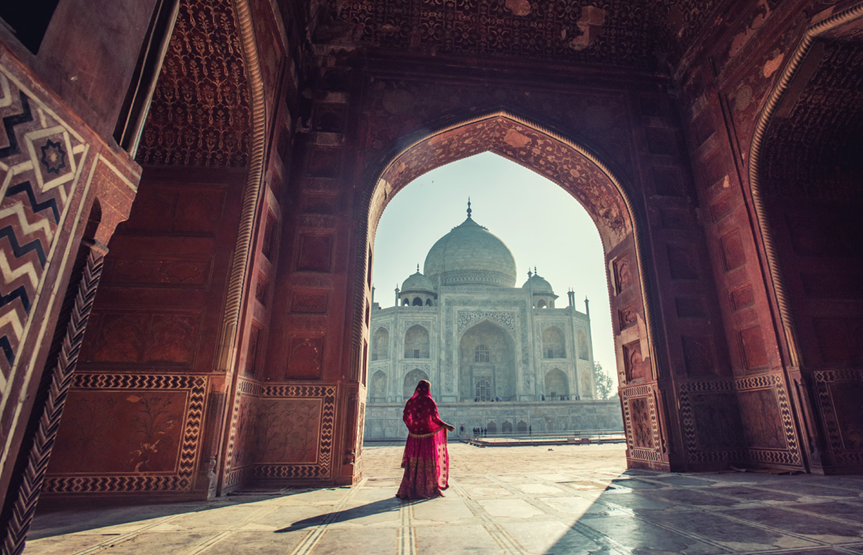 India and the states comprising the Association of Southeast Asian Nations (ASEAN), which are Indonesia, Malaysia, Philippines, Brunei Darussalam, Thailand, Singapore, Myanmar, Lao PDR, Viet Nam, and Cambodia were connected integrally in their economic, social, and political life. These relations go back over two millennia. The more important relations between Southeast Asia and India can be found in the shastras (religion, scripts, literature, politics, law) and architecture. Early contacts between South and Southeast Asia were precursors to the spread of Indic ideas to Asia (Nilakanta Sastri, 1949).

The Southeast Asian region has been influenced by Indian political ideas, religion, art, culture, etc. However, the transmission and assimilation of culture were not due to any political domination. Instead, it was a result of peaceful means carried out by Indian princesses, priests, merchants, artists, poets. The Ananda Temple in Myanmar’s ancient city of Bagan, the Borobudur Temple dating back to the 8th and 9th century in the island of Java, Indonesia, Prambanan, the Angkor Wat temple complex in northern Cambodia built in the first half of the 12th century are evidence of the rich linkages between the two that are well recognised. Similarly, the spread of Indian mythology, folklore have been well documented. The Malaysian and Cambodian adaptation of the Ramayana, the Seri Rama and RamKer (Ramayana Khmer) are some of the literary works in Southeast Asia held in great esteem to date.

The cultural linkages between India’s northeast and Southeast Asia have, however, remained relatively unknown. For example, the people living on the border between Manipur (India) and Myanmar share centuries of ethnic and cultural linkages. These people of the India-Myanmar borderland share more commonalities and have closer affinities with the Southeast Asians than with their fellow men and women in the rest of India. Barter trade, which is an age-old practice among them, is a natural outcome of their symbiotic relations to meet their daily needs. This has sealed the bond between them even further. The common food habits, traditional weaves, similar celebration of festivals, etc., are a testimony of historical interrelationships across the region. Similarly, India can refer to the Southeast Asian roots of the Tai Ahom as a witness to the cross-cultural linkages and interaction between India’s northeast and Southeast Asia. The development of agriculture, especially rice cultivation, indicates the common regional legacies and that the historical interactions provide commonalities in attitudes to nature. In the last century, the exchange of ideas and artistic techniques and forms travelled from Southeast Asia when Ravindra Nath Tagore brought the batik form of art rom Indonesia to India and taught it to the students in Santiniketan. Similarly, musical influences and exchanges are compelling themes to establish their linkages for future researches on the history of music in India and Southeast Asia.

Southeast Asia’s strategic position in the maritime route connecting East and West brought inevitable interaction between Southeast Asian peoples and Indian merchants. Southeast Asia was particularly attractive to the Indian mercantile class. While Southeast Asian coastal centres provided suitable stopping places for traders, thereby facilitating the flourishing of trade (Hall, 1985 and 1999). Both India and the ASEAN countries continue to seek and secure maritime lines of communication such as the Strait of Malacca for international trade and increase connectivity infrastructure till the present day. This shows the high level of convergence of interests and concerns between both sides on the issue of maritime connectivity, rules- based order at sea, freedom of navigation and overflight, unimpeded commerce and peaceful resolution of disputes. Thus, both oral and written historical evidence confirm that India and the countries of Southeast Asia have enjoyed close relations with each other. And the process marks a continuum reflecting the mutual interplay between them.

While the advent of western colonialism and imperial conquest disrupted the network of trade and cultural ties that flourished, India and Southeast Asian linkages were impeded f irst by colonialism and subsequently by the cold war politics. However, they were revived since the end of the Cold War, in the early 1990s through India’s Look East Policy. It has since gathered enormous momentum and evolved into a comprehensive relationship encompassing economic, political and strategic aspects.

The 25th anniversary of India-ASEAN relations was celebrated through the Commemorative Summit on 25 January 2018 with the theme “Shared Values, Common Destiny.” It provided an opportunity to demonstrate their will to deepen their partnership. To mark their partnership, all 10 Heads of State/ Governments of ASEAN countries graced the occasion as Chief Guests at the 69th Indian Republic Day Parade. For the first time India had 10 foreign heads of state/ government as Chief Guests at the Republic Day parade. The event was marked by the India-ASEAN Youth awards, the ASEAN-India Business and Investment Meet and Expo, the inauguration of Bharat-ASEAN Maitri Park in New Delhi, and the conferment of the Padma Shri award to 10 ASEAN nationals. While culture featured prominently during the Summit, with emphasis given by both sides to their ancient cultural and civilizational links, several other activities that were undertaken also demonstrated their determination to strengthen their relations.

Earlier in 2015, while leading the Buddha Purnima prayers, Prime Minister Narendra Modi had clearly placed Buddhism at the centre of India’s diplomatic initiatives when he said, “the 21st Century will be Asia’s century, and without Buddha, this cannot be Asia’s century.” Connectivity was being promoted to encourage more people to visit important Buddhist sites and monasteries in India and thereby advance greater interaction. Although the centrality of culture and religion in deepening bonds between them are being emphasised in recent times, much remains to be done in carrying this forward. Several initiatives are unfortunately delayed due to the COVID-19 pandemic. Nevertheless, the unique relationship has gained substance through centuries, exhibiting an evolving pattern. What is striking and beautiful in India and Southeast Asia relations is that neither of them is a menacing neighbour to each other, nor do they entertain parallel territorial claims either inland or adjacent waters.