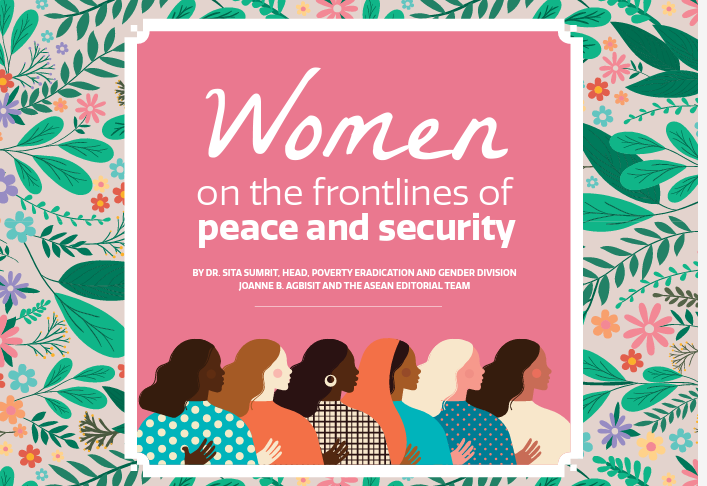 Women in uniform have received widespread media attention for their contributions to peace and order. In post-conflict rehabilitation and recovery efforts in Marawi City, Philippines, local and foreign media extensively covered the activities of hijab-clad female soldiers and police officers tapped to render psychosocial services to internally displaced persons. In Cambodia, the deployment of a large contingent of Cambodian female troops, including doctors, for UN peacekeeping missions in Africa and the Middle East is well documented.

These examples show positive presentations of women’s work in peace and security, but they only offer a glimpse of women’s real and potential contributions in a field that has been largely male-dominated.

As early as 2000s, the UN Security Council, through several resolutions, recognised that women’s increased participation in all stages of the peace process and decisionmaking, from deterrence to post-conflict reconstruction efforts, is key to attaining long-lasting peace and security.

“The joint statement is crucial as it is the region’s first affirmation of support for the women, peace and security agenda,” said Secretary-General (SG) of ASEAN, Dato Lim Jock Hoi. “Further, the joint statement promotes cross-sectoral and cross-pillar approach in the realisation of the WPS agenda as it refers to the importance of women’s participation in the political, security, and justice sectors.”

ASEAN has since considered WPS a priority that requires the recognition of the different experiences and needs of women and girls; advocacy for the inclusion of women in conflict prevention, transition, and peace processes; and action to ensure women’s full and meaningful participation and leadership in all efforts to maintain peace and security, including responding to new or nontraditional security threats.

ASEAN has made significant progress in the implementation of WPS agenda since the adoption of the joint statement, based on the assessment by the Poverty Eradication and Gender Division, ASEAN Secretariat. Since Member States have different histories, political systems, and security challenges, ASEAN initiatives on WPS are reflective of these nuances.

The ASEAN Commission on the Promotion and Protection of the Rights of Women and the ASEAN Committee on Women developed a multi-year programme on WPS. The multi-year programme captures ASEAN’s three priority areas which include women’s contributions to preventing violent extremism, women in disaster risk reduction and resilience, and transformative roles and participation of women in peace processes.

The expected outputs of this programme are an enhanced awareness, understanding, and visibility of WPS agenda at the policy and programme levels in ASEAN; established network of WPS experts and practitioners in the region; established research and systematic knowledge on WPS agenda and its appreciation in ASEAN; and working WPS modules at policy, practitioners, and community levels.

One of the first activities implemented under the programme was the Regional Symposium on Implementing Women, Peace, and Security Agenda in ASEAN. Held in August 2019, the symposium took stock of how Member States define and implement various facets of the WPS agenda, discussed road blocks to its implementation, and engaged other stakeholders within and outside the region.

The symposium yielded a set of recommendations which affirms the objectives of the multi-year programme. These include the conduct of a regional study on WPS; establishment of a network of WPS experts, advocates, and practitioners; and the incorporation of WPS agenda into policies and programmes of ASEAN’s socio-cultural, economic, and political and security pillars.

A separate but aligned initiative was launched by the ASEAN Institute for Peace and Reconciliation in December 2018—the ASEAN Women Peace Registry. The peace registry is a roster of women peace experts and practitioners in the region who can be tapped as resource persons for matters pertaining to peace and reconciliation.

SG Dato Lim Jock Hoi, at the launch of the peace registry, said that the initiative is an important WPS milestone as it adds to “an infrastructure that is sufficiently resourced and committed, where stakeholders work together to share resources, lessons learnt, expertise, and experiences in order to clearly align implementation strategy.”

The Philippines and Indonesia tapped UN Women to lend technical support in the preparation of their respective National Action Plans to meet their WPS obligations with UN.

In the areas of conflict resolution and peacebuilding, UN Women partnered with local government units and civil society groups to build the capacity of Bangsamoro women and organisations to participate as leaders and advocates in the new Bangsamoro political entity in Southern Philippines. UN Women also aided efforts to increase Burmese women’s participation and leadership in Myanmar peace dialogues and processes.

The programme, according to Ruangkhao Ryce Chanchai, the gender and governance specialist of UN Women in Asia-Pacific and focal point for the ASEAN-UN Women Joint Programme, aims to gather evidence and undertake research in view of the “dire lack of gender analysis on various dimensions of the prevention of violent extremism specific to the context of this region.” Additionally, said Chanchai, the programme aims to support and engage women leaders and organisations that work with communities on finding community-based solutions or approaches to conflict prevention and resolution.

WPS in Action: Stories of Success

Indonesia’s Peace Villages (Kampung Damai), conceived by the Wahid Foundation and UN Women, have been hailed as exemplars of WPS at work. The Peace Villages are communities that have pledged to cultivate a culture of peace and tolerance within their communities.

“The Peace Village initiative is an effort to create community resilience that can prevent conflicts and places women as the main actors in building peace in the family, community, and governance system,” said Visna Vulovik, assistant director of the Wahid Foundation. “Women are expected… to be economically independent and actively participate in decision-making at the community level and in the development of peace narratives.”

The Wahid Foundation employs a holistic approach to attain its objectives in the Peace Villages, according to Vulovik. It supports economic empowerment, peacebuilding mechanisms, and women empowerment.

On the economic front, the Wahid Foundation conducts training on managing finances, developing businesses, and producing marketable goods and services. Vulovik shared that the Wahid Foundation has so far helped 2,121 women and 80,000 households, turned 1,500 into women entrepreneurs, and generated an income of 820 million Indonesian rupiah for the Peace Villages.

The Joint Statement on Promoting Women, Peace and Security in ASEAN acknowledges that in times of conflict, women suffer the most and bear the brunt of sexual and gender-based violence. It includes the Member States’ commitment to:

It has also given assistance to previously radicalised individuals who are now productive members of the community. One is a young returnee from Syria who is now actively involved in the antiradicalism campaign. Another, the widow of a known terrorist, currently has a thriving massage business—through the help of the women’s group in the Peace Village— that allows her to support her children.

In terms of peacebuilding, Wahid Foundation assists women through values formation and by honing their skills in communicating, advocacy, and developing narratives for peace. It has, for example, set up a women’s center, called Peace Working Space, which serves as a venue for education, reporting, system response, and community dialogue, and involves women’s groups, village officials, and public/religious figures.

n the area of women empowerment, Wahid Foundation encourages the formation of women’s groups and mobilisation of inter-faith women scholars and leaders to serve as agents of peace in their communities. It also gives women opportunities for creative expression.

The early successes of the Peace Village initiative have gained the interest of other communities in Indonesia that experienced sectarian and political conflict in the past. “More than 10 villages, such as the post-conflict areas in Poso, Ambon, and West Nusa Tenggara, have asked to join the Peace Village programme,” said Vulovik. She added that initial talks are underway between the Afghanistan and Indonesian governments for the possible replication of the peace village concept in Afghanistan.

On a much smaller scale, the work being done by the all-female organisation, Women’s Organization of Rajah Mamalu Descendants (WORMD), in the Teduray indigenous community in Maguindanao, Philippines is another case of WPS at work. WORMD is composed of Teduray indigenous women whose founding members were recipients of various gender and development, anti-violence against women and children, and prevention of violent extremism trainings of UN Women and partner organisations. 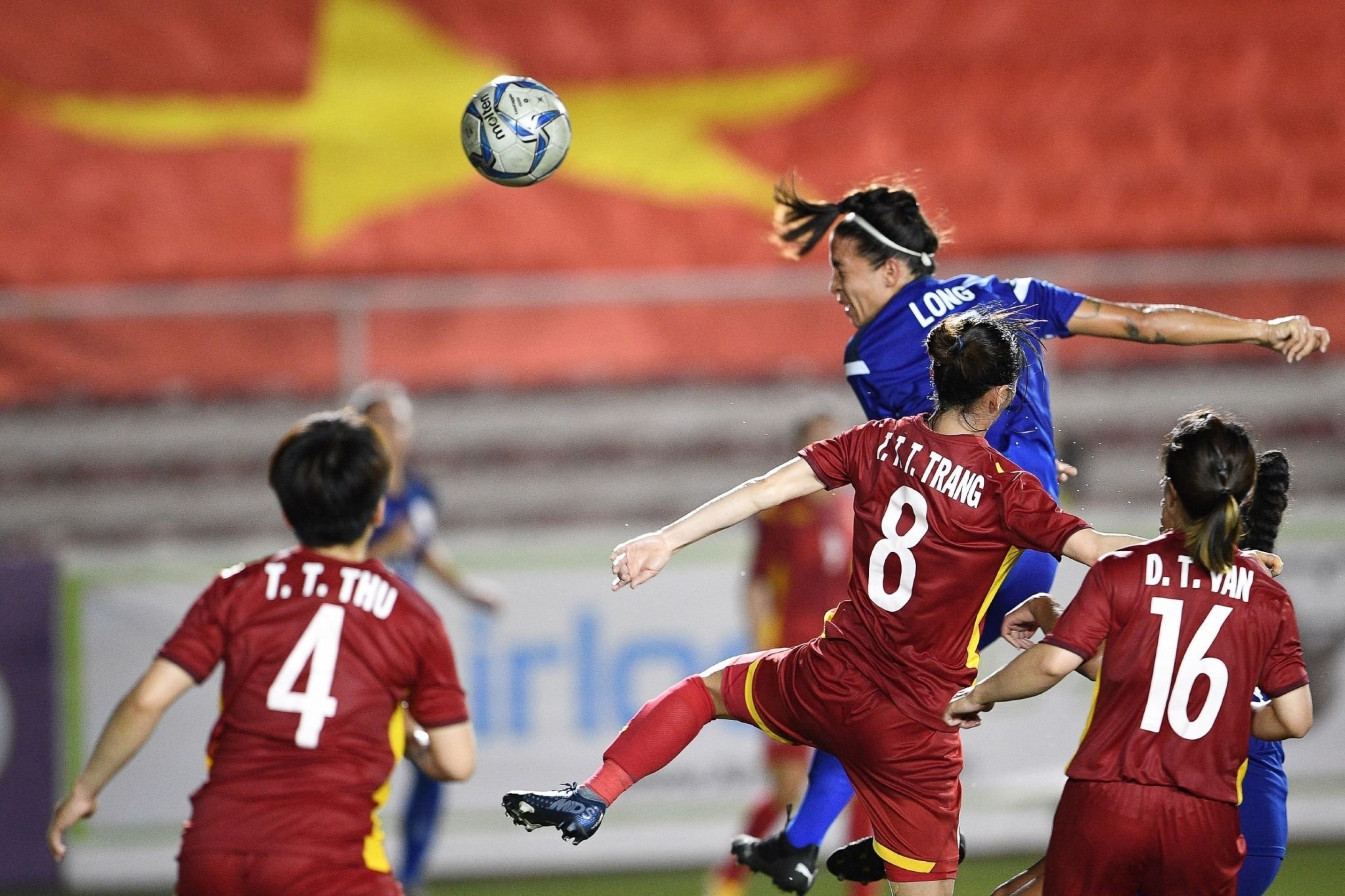 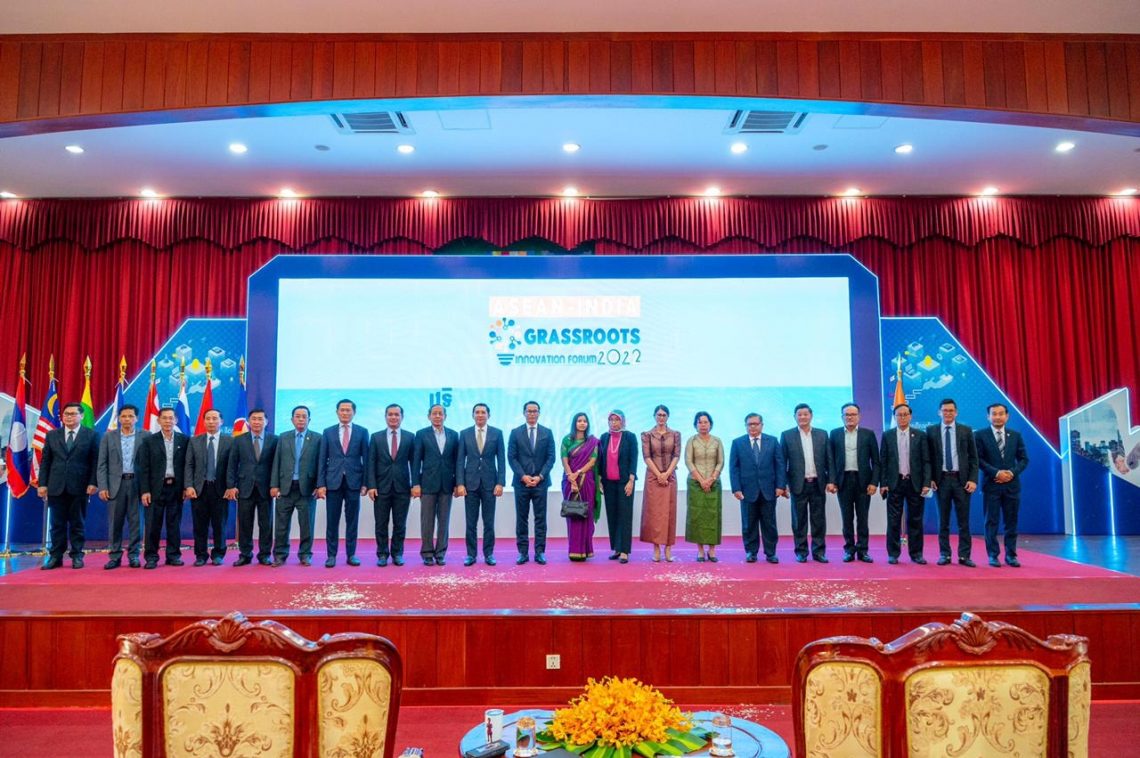